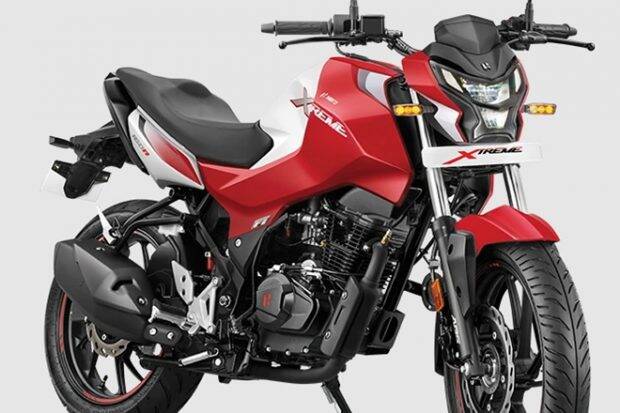 All prices are in US dollars and are ex-showroom. The Hero Xtreme 160R 100 Million Limited Edition commemorates the brand’s attainment of a cumulative production milestone of 100 million units in India. The 100 millionth unit (Xtreme 160R) was manufactured at the company’s Haridwar plant.

The new Hero Xtreme 160R 100 Million Limited Edition features new body graphics and a dual-tone (White and Red) paint scheme with blacked-out portions. It has white paint on half of the rear cowls and red graphics with 160R badging. Its sporty appeal is further enhanced by the red front fender, fuel tank extensions, headlamp mask, and side panels. On the fuel tank of the Hero Xtreme 160R limited edition, there is a badge that says “100 Million Limited Edition.”

LED headlamps, LED indicators, minimal cowls, a dual-tone fuel tank, a heavily contoured single-piece seat, and a smoked-out LED taillamp with an ‘H’ signature are all carried over from the standard model. A fully digital inverted LCD instrument console, side stand engine cut-off, and danger lights are all standard on the new Hero Xtreme 160R limited edition.

The new Hero Xtreme 160R Limited Edition has the same 163cc air-cooled engine with fuel injection technology as the previous model. It has been tuned to produce 15bhp of power and 14Nm of torque. A 5-speed gearbox handles transmission duties. Along with the standard starter engine, the Hero Xtreme 160R 100 Million Limited Edition has a kick starter. It will accelerate from 0 to 60 km/h in 4.7 seconds. The kerb weight of the bike is 139.5kg.