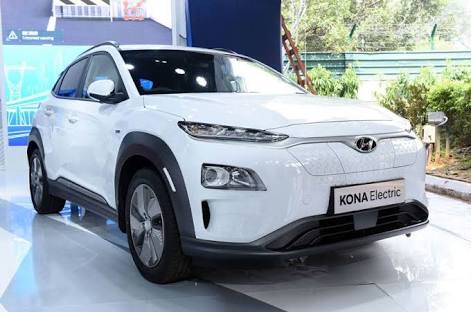 Hyundai Motor Group recently announced that it has been in talking terms with Apple regarding the production of an electric car. As a result, the shares of Hyundai witnessed sky-rocketed increase almost by 20% that too within a single night.

What Hyundai has to say!

The Hyundai in its financial statement has said that it is discussing with Apple about the production of an electric car. According to Hyundai, things are still at an early stage and that no final decision has been made. After the announcement, the valuation of the carmaker increased by almost 6.5 billion pounds.

After some time, Hyundai made a revision in its statement. It said that the company had been in talks with multiple companies regarding the joint production and development of electric vehicles. The second statement does not clearly mention the name of Apple. We have not got any announcement from Apple’s side yet.

Of late, Apple announced about a renewed ambition of producing its series production electronic vehicle. This project has been in development since the year 2014.

Apple’s Electronic Car May Get the Architecture of Hyundai

If the collaboration happens between the two companies, then it is possible that Apple borrows technology from Hyundai’s all-new E-GMP architecture for its EV. The E-GMP architecture comes with 800V charging capacity and around 500km range with each complete charge.

In future, most probably, Apple will be using its own mono-cell battery technology. Such technology utilises larger cells in denser battery packs so that it can deliver a higher range as compared to conventional technologies. Apple may also evaluate the use of lithium-ion phosphate over lithium-ion because the former is less vulnerable to overheating.

While the iPhone maker will be developing the battery technology and software for any Apple car, the tie up with Hyundai will enable it to outsource manufacturing process. Thereby it can avoid huge expenses, complications in investment issues etc.

The relationship with Hyundai will be quite similar to the one in which Apple had connections with Taiwanese production giant Foxconn.

The partnership between Hyundai and Apple may also result in lots of investment opportunities pouring in by the Korean firm.

The launching dates are yet to be revealed. Earlier, the speculations suggested that the Apple EV will be launched in the year 2024. However, as per the reports, the launch has been postponed to 2027.