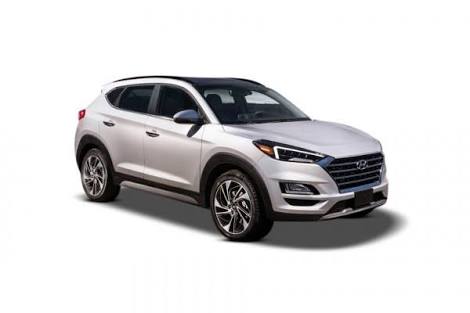 Hyundai is all set to update its existing line up of cars with the new facelift and models of the next generation. The company introduced the new Hyundai Creta and Tucson facelift in the Auto Expo 2020, which grabbed the attention of many. Recent reports suggest that there is a lot more to come in the future. With that being said, the company has also unveiled the new 2020 Hyundai i20, which will be revealed in Geneva motors soon. Let’s take a look at the top 4 cars that the company is going to launch in India in the next 4-5 months.

The vehicle will make its debut on the Geneva motor show that will be conducted on 3 March. The launch of the vehicle will take place in the month of June. The hatchback has received a new styling, which looks quite appealing. The car has also got a new color tone. You will be able to witness the modern interior and powertrains available in the vehicle. The rumors say that the hatchback will also be offering the hybrid system in its later stage.

It is the most anticipated and much-awaited car by the company. People are very much hyped about the new Hyundai Verna, which is likely to receive the Facelift of Russian spec model, which is known as Hyundai Solaris. The sedan will be upgraded with the BS6 and expected to obtain changes in the interior also.

The company has confirmed the launch date of the car. New Creta is all set to hit the showrooms on 17 March 2020. The styling and designing of the model appear to be more aggressive and vibrant. The car was introduced in the Auto Expo 2020 in the black color scheme. The compact SUV received tons of attraction from people in the event. You will not be able to witness such changes in the exterior. But, the mini-SUV will come equipped with new features in the interior.

The car was showcased in the Auto Expo 2020, and it is going to be launch in three trims. Bookings of the vehicle have already been started and going to be commenced at the dealership level. The SUV has received pretty appealing design changes in both interior and exterior.