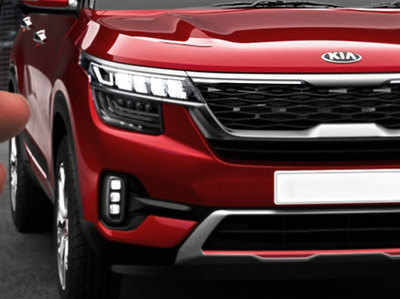 After the success of the Kia Seltos and teaser release of the Kia Carnival MPV,  Kia Motors is all set to unveil its third car Kia Sonet at the 2020 AutoExpress in February.

Here are 5 important facts about the Kia Sonet-

Built on the same platform the Kia Sonet will rival the Hyundai Venue but will have a more upmarket cabin. It is reported to feature steering mounted controls, touchscreen infotainment system, automatic AC unit, multiple airbags, ABS with EBD and more.

Just like the Kia Seltos, it might also offer UVO Services and AI Voice Command with the connectivity app that offers 37 features in 5 different categories.

The SUV will be unveiled at the 2020 AutoExpo but will be launched in the second half of 2020. It will rival other sub-4 meter SUVs like Hyundai Venue, Maruti Suzuki Vitara Brezza, Mahindra XUV300, Tata Nexon and Ford Ecosport. Its estimated price is somewhere between Rs 6.75 lakh and Rs 11.50 lakh