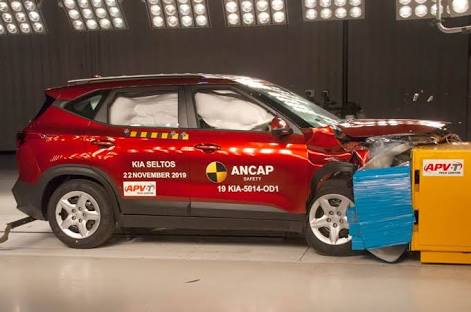 The extremely popular  Kia Seltos which was launched in Australia and New Zealand in October 2019 has been awarded the highest  5-star rating in the ANCAP (Australasian New Car Assessment Program) Safety crash tests. Australia’s independent vehicle safety authority has declared that the car meets the 5-star threshold in all four areas of assessment.

The rating applies to all variants of Kia Seltos which are available in Australia and New Zealand. All these variants come with autonomous emergency braking (city and interurban) system. The  S, Sport, and LX variants have an option of a more advanced AEB radar-fusion system which helped them to achieve improved scores when compared to the camera-only system fitted to base models.

The South Korean carmaker offers Few features in the Australian and New Zealand variants that are different from that of Indian Variants.