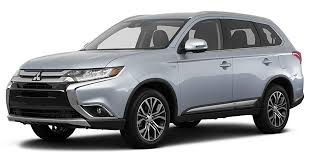 The first look of the new-generation Mitsubishi Outlander SUV is out on the Internet, and people can’t seem to stop being excited about the entire look.

The prototype which has tried to cover each and every design details of the car does look beautiful.

There are speculations that Mitsubishi Outlander which will be launched in 2021 might be sharing the platform with the (global-spec) Nissan Rogue.

The entire conceptualising and styling of Mitsubishi Outlander is inspired by the Mitsubishi Engelberg Tourer concept which was shown at the Geneva Motor show 2019.

Although the swirly camo did hide the interiors of the car, however, we do have an idea about the external design.

As per speculations, the next-generation Mitsubishi Outlander will be riding on the same platform as the next Nissan Rogue – synergies for the win.

This gives a strong indication that the size of Mitsubishi’s Outlander will come up with a larger and bigger model in size.

The upcoming model’s side profile window, boxy lines, dual-element headlights, wraparound taillights have gone through a transformation which was seen on the prototype.

The price of Mitsubishi Outlander is estimated to be costing between Rs 32 Lakhs to 36 Lakhs. (introductory, ex-showroom India).

Although the carmaker hasn’t given any official month or date, as per speculations the next-generation Outlander will be realised in India by the second half of 2021.

The engine of the Mitsubishi Outlander will be extremely strong and powerful. The model might use a 1.5L, 4-cylinder turbocharged engine developing power worth 153bhp.

This engine is the same which does duty in the Mitsubishi Eclipse Cross. There are even speculations that the automaker might be seen calibrating the engines for the purpose of generating extra power.

The giant SUV will also come up with a 2.4L, 4-cylinder naturally aspirated engine boosted with hybrid technology. There will also be an electric motor at each axle.

The company will be offering a non-hybrid option should also in the redesigned Outlander in most markets.