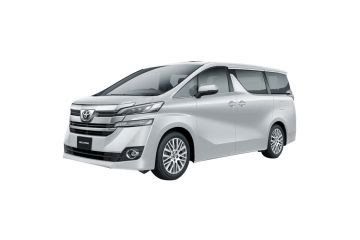 Toyota’s new model Vellfire which is the 6-seater luxury MPV is all set to be launched in India by the end of 2019.

The MPV is known to be bought via CBU (Completely Built-Up) route which is under the government’s 2,500 unit import rule.

The newly launched Toyota’s Vellfire has come up with added and unique features. Here are some of the features worth talking about:

1. The model gets an all-black theme which makes it look royal and sporty.

2. The car comes will be seen coming with an Executive Lounge’ package which will include two huge ottomans seats with the passengers sitting in the middle row and are ventilated, powered and which can be reclined easily.

3. Vellfire will have sliding powerful doors and a tailgate, along with two sunroofs.

5. For safety, the car will come up with 7 airbags along with an optional black or beige interior theme.

Overall the car has been given a very modern and a luxurious look, making it worth each penny.

The price of Toyota Vellfire is estimated to be costing between Rs 75 Lakhs to 80 Lakhs. (introductory, ex-showroom India).

The upcoming model of Toyota’s Vellfire gives great mileage. It gives a mileage of about 11.5 kpml in standard driving conditions.

Although Toyota has not given any fixed date or month, but as per the insider news it will launch its premium upcoming model Vellfire by the end of 2019.

The model will also have a CVT gearbox and AWD (all-wheel-drive) system to add on to its premium quotient.