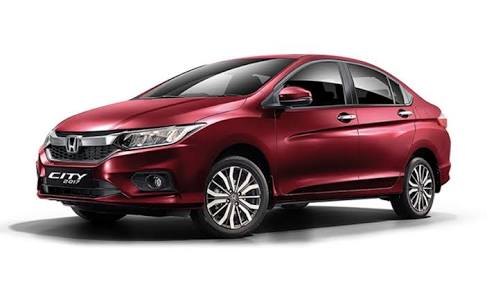 The next-gen Honda City which is already on sale in the international markets and is all set to be launched in the Indian market this year. The Japanese Carmaker will provide the Next-generation Honda City Sedan with a 1.0-liter, turbocharged petrol engine that is capable of producing 120bhp of power and 173Nm of torque and would also feature CVT automatic gearbox. This powertrain comes fitted with a BorgWarner single-scroll turbocharger, VTEC (variable valve timing and live electronic control) and VTC (dual variable valve timing control).

The 1.0-liter turbocharged petrol engine is reported to offer better performance and torque output than the tried & tested 1.5-litre, 4-cylinder naturally aspirated petrol engine. The Thailand-spec model which uses this engine is claimed to return an impressive fuel economy of 23.8kmpl.

The new Honda City will also receive the BS6 compliant 1.5-liter iVTEC petrol and iDTEC diesel engines producing 118bhp with 145Nm of torque and 99bhp with 200Nm of torque respectively. The transmission options will include a 6-speed manual and a CVT automatic. The upcoming City will also receive a 1.5L petrol engine with Honda’s 2 motor e: HEV mild-hybrid technology.

The new Honda City will also undergo various interior and exterior changes as well to make it more stylish and comfortable. The car is already doing well in the International markets and will hit the Indian roads in 2020.