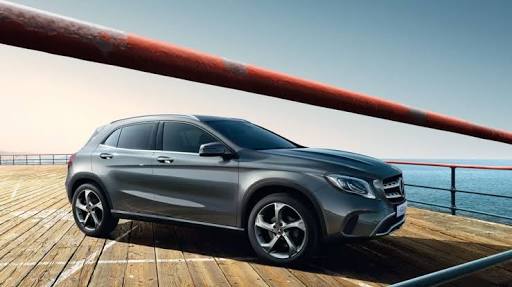 According to some sources and rumors, all New Mercedes-Benz GLA is all set to mark its launch in India during October 2020. But, the official announcement about the same hasn’t been made yet. As entailed, this German automaker is expected to have a price of Rs 43 lakhs. Lately, the Mercedes-Benz showed this model at the Auto Exp held in 2020, and also, the official bookings for this top-notch model have been allowed in advance. The token amount for the same is going to be Rs 1 lakh, and the features of this new model are exemplary.

On mentioning the model features, they incorporate the brand-new design language, except its crossover- ish silhouette. There are various other add-ons as well as improvements in the second-gen, including the wheelbase that is 30mm longer, 10mm taller, and a spacious headroom. On the other hand, if we talk about its overall dimensions i.e., the length, width, and height, they are 4410mm, 2020mm, and 1611m. The automobile lovers shall also get set for its revised styling and the redesigned LED Headlamps. You’ll get awestruck on witnessing its new front bumper, new tail-lights, diamond-pattern grille, bonnet’s sculpted lines, and the wheel arches in the shape of a square.

You would be surprised to come across the cabin of this 2020 Mercedes-Benz GLA. It’s because the cabin’s improved since it has got many more features along with some premium designing. There would be an existence of a new single-panel digital display especially formulated for the console. Apart from that, the other features include the MBUX infotainment system having touchpads and voice command. Not to forget about the cornering as well as the emergency lane functions comprised in the New Mercedes-Benz GLA with the sensors. Such sensors would help in detecting the exit warning function, pedestrian crossing as well as the brake assist.