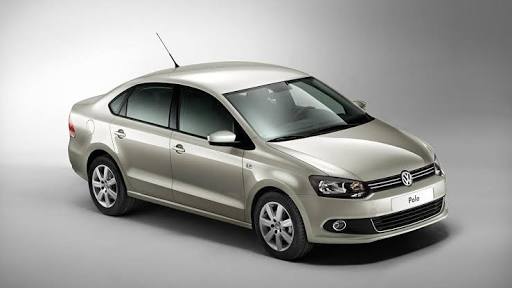 It was reported earlier that Volkswagen is going to two new vehicles based on the locally developed based MBQ AO IN platform. The company is going to launch the mid-sized Taigun SUV and a new sedan, which is the replacement of Vento. New Volkswagen Polo Sedan will share the styling from the Virtus sedan, which is being sold abroad. The company has now unveiled the new polo sedan in the market of Russia. It is expected that the Indian spec model will be inspired from the design and engine of the Russian spec model.

The New Volkswagen Polo Sedan will be completely different from the Virtus. It is a limkted edition and it costs around 5,99,500 rubles which is Rs. 6.4 lakh in Indian currency. The vehicle is known as Volkswagen Polo Sedan in Russia, whereas in India, it will be called as Vento Allstar. In Russia, Vento All-star was introduced in the orange color, which featured the B pillar with the badge of Allstar, new door sill guard, and the chrome embellishers. It has also got some new features, which are the anti-theft system and operated ORVMs.

You will not be able to witness the mechanical changes in the car. New Volkswagen Polo Sedan will be offered in the same 1.6L engine of petrol rated at 2 outputs, which are 105PS and 85PS, respectively. The car will also be offering the 5 speed manual gearbox as standard transmission in both of the variants 105PS and 85PS. Talking about the 6 speed automatic is only equipped in the variant of 105PS.

New Volkswagen Polo Sedan is expected to be launched in India in the coming festival seasons. The cost will be around the price range of Vento, so there is no as such changes in the pricing. The vehicle has been spied many times while testing on the roads and now finally making its way to the roads of India soon.