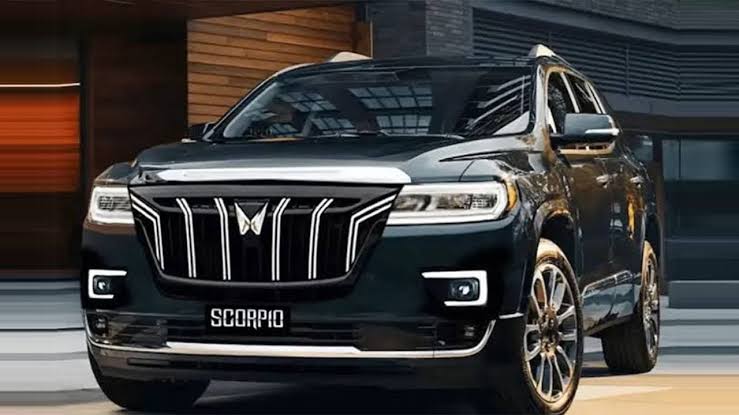 Mahindra Scorpio is getting a huge make-over and it is coming out as a new variant. The next-gen Scorpio powered with the same engine as that of XUV700, is a stylish version of the SUV has been modified for the times. The older version of the Scorpio will continue to be available alongside too, giving the customers a varied set of choices among both their variants. In fact the news was also shared by the company head Anand Mahindra on twitter. The C.E.O. is very active on the micro-blogging website and has a huge fan following.

The new-gen Scorpio will house either a four-cylinder turbocharged 2.0-liter petrol or a third-generation 2.2-liter diesel engine. This set-up is the same as that of the new Thar and the XUV700. Incidentally, this high-performance engine is the new favourite for the company as it seems to use it for many of its four-wheel drive vehicles. The All-wheel drive in the new Scorpio is a welcome treat and as always, it will be available in the top-spec variants on demand.

As for transmission, both the petrol and diesel engines can be had with either a 6-speed manual or a 6-speed automatic transmission. This allows for multiple variants to be available in the market, similar to the XUV700. While the engines are definitely undergoing changes, the performance of the new Scorpio is yet to be tested. If history is any indicator, the company would have refined the engines for better power output and peak performance. Mahindra can’t afford to stay behind on the power aspect as the market is slowly tilting towards the powerful SUVs.

Exterior and Interior of New Scorpio 2022

Scorpio had been one of the most successful models of the brand in the past decade. Although, the design had some flaws that lead to wobbling and inconvenient travel, the Scorpio has literally reinvented the company and provided deep inroads into a market that was primarily occupied by Tata.

The new SUV has a much sportier look complete with dual-chamber LED lamps and sequential indicator lamps. Also present are C-shaped LED DRLs and LED fog lamps. The overall profile of the SUV will remain much like its older version. It also sports the new-gen Mahindra logo like the XUV.

As for the interior, the new-gen Scorpio will be equipped with a lot of new features such as Cruise control, Voice command, engine start/stop switch, multiple airbags, sunroof, ABS with EBD, electronic stability program with rollover mitigation, hill hold assist, two-zone temperature control, traction control, smartphone connectivity, USB ports and a wireless charging pad. Also on the dashboard is an 8-inch touchscreen infotainment system and a 7-inch digital instrument cluster behind the steering wheel.

Apart from these upgrades, the new 2022 Scorpio could also come with ADAS, the Advanced Driver Assist System that protects the car from other dangers on the road. Scorpio will be positioned in the niche above XUV 300 & 500 but below the present flagship model XUV 700. So, we can expect these premium features to be present in the high end variants of the new Scorpio.

The new-gen Scorpio is not going to replace the old version. The old Scorpio, which was unveiled back in 2002 was an instant hit and it continues to do so till now. Through the course of the years, it received significant upgrades and in 2014, Mahindra redesigned the SUV. What makes this old variant favourable are the side-facing seats on its third row. Not many SUV’s come with side-facing seats anymore and the new-gen Scorpio too has front-facing third row.

The old version, with its classic seats are still preferred by security forces and in highly populated towns. So, at least for now, the company will retain the old Scorpio for the defence and police forces for their usage. Also, the old Scorpio still has quite an appeal among the ordinary buyers. Hence, the new-gen, will be seen as a sportier version of the sturdy old SUV.

The company has only teased the video and images of the new generation Scorpio and is yet to release the price list and variants. However, we can have a look at the tentative price of the SUV falls between ₹12 lakhs and ₹18 lakhs, with the different variants filling up the gap between the figures. It will face tough competition mainly from Tata Harrier and Jeep Compass. In real sense, both the competitors are slightly better positioned in the market due their elegant and state of the art technologies in these models. So, it will be hard for the Indian automobile giant to fill the shoes of the competitors.


So, what do you think? Will the new gen Scorpio be a show stopper and will it lead to more sales for the SUV company?