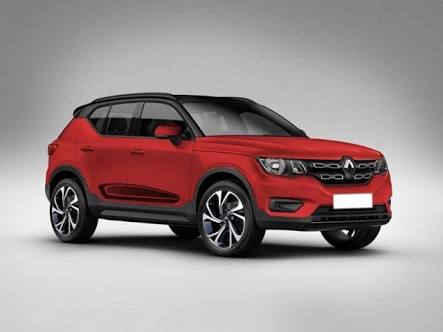 According to the speculations, Nissan Magnite SUV was to be launched in May-June 2020. However, the latest media reports state that the launching can get postponed until August 2020. This year, the Diwali festival can get all the more enjoyable with another sub-4 meter compact SUV Kiger by Nissan.

We get a hint of the styling of upcoming Nissan Magnite from the digital rendering of the car. Undoubtedly, it is going to have a striking design with crossover stance. Some of the most stunning designs worth noticing are dual-tone body paints. Chunky wheel arches, LED headlamps as well as tail lamps and premium set of alloy wheels.

The car will be equipped with several high-end features, making it a highly attractive option. There will be a 360-degree camera, similar to Kicks SUV. Automatic climate control, large touchscreen infotainment system, connected car technology, multi-functional steering wheels and a lot more features are available in the SUV.

Talking about the engine – the entry-level variants of this upcoming SUV will be equipped with a 1.09 litre, three cylinders naturally aspirated petrol engine. The same engine is known to be used for powering the Renault Triber. This robust engine is capable of producing 72bhp of power and 96 Nm of torque. According to the speculations and media reports, the higher variants of the SUV will come up with a 1.0-litre turbocharged petrol engine. The engine will produce 99bhp power and 160 Nm torque. The car will also be equipped with transmission choices like a CVT au8tomatic unit and five-speed manual. Renault Kiger can have the same engine gearbox.

According to the sources, Nissan Magnite stands at the lowest when it comes to the price tag of the cars of the same category. For the entry-level manual variant, you will have to pay just around Rs 5.25 lakh. While for the CVT variants, you need to pay Rs 6 lakh.