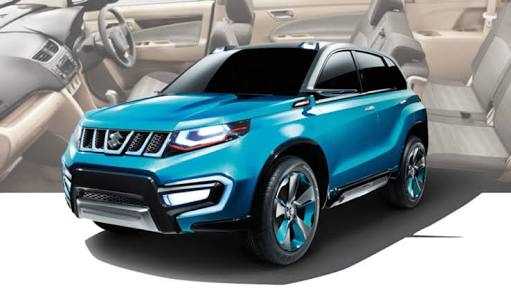 As per the speculations, Maruti Suzuki will be launching an all-new, middle-sized SUV in the year 2022. The sources reveal that the production site for the new model will be the Bidadi plant. This upcoming model is going to be developed under the Suzuki-Toyota partnership. The upcoming SUV will lock horns with companies like Nissan Kicks, Hyundai Creta and Kia Seltos.

Suzuki’s global C architecture will influence the designing and development of the all-new mid-size SUV. Also, according to the latest media reports, Suzuki is going to introduce the new generation Vitara SUV in Japan in October 2020. This new model will be modified as per the existing platform. So, from this, we may take the hint that the new Vitara form can influence the designing and functionalities of the India-Centric Maruti Toyota middle-sized SUV.

A point worth noticing is that the upcoming SUV can either be a five seater or a seven seater option. The company hopefully will be following Tata Gravitas, Hyundai Creta or MG Hector. If we are to believe the sources, the seven seater SUV will be known as the Maruti Suzuki Grand Vitara. But the automaker has not come up with any concrete details yet.

Media reports confirm that Mahindra is also planning to come up with a mid-sized SUV – XUV400. This SUV too, will have five seater as well as seven seater options.

Following Maruti’s Middle-sized SUV, Toyota Motor Corporation will also launch an all-new mid-sized SUV. But the two SUVs will sure have different interiors and designs. We can expect the launch to happen during the Auto Expo 202. But it can be postponed to 2021 also. Another report that is circulating in the media is that the Maruti Suzuki mid-sized SUV will be offered in two variants – petrol as well as a diesel engine.