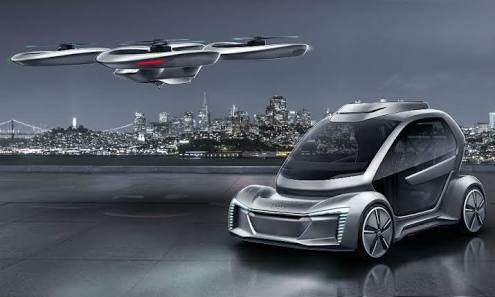 Premium cars which fly in air to avoid traffic congestion can soon be a reality.

From centuries it has been witnessed that technology has been advancing gradually and making lives easier and convenient while addressing man’s certain problems.

Every decade has dusted itself with some outdated methods and introduced some new and easy ones. However, the last two decades have seen an exponential advancement in technology.

With technologies and gadgets getting outdated within months, organizations are investing behemoth amounts of money in R and D. With such jaw dropping technologies which already exist, one always wonders, what can be a better technology than this?

Well, where our minds stop working is where some geniuses start thinking and make things possible which are beyond our imagination.

Today, we are talking about one such wild imagination which can soon become a reality which is flying cars. Yes, flying cars which till date have only been seen in movies can soon be spotted in real.

For an automobile company, every new venture and product is a risk but this risk of exploring the urban air mobility market is potentially dangerous.

Porsche and Boeing have signed a nonexclusive memorandum of understanding, which means they will look for ways to work together, but they aren’t locked into a binding agreement.

As part of the partnership, the companies say they will “create an international team to address various aspects of urban air mobility, including analysis of the market potential for premium vehicles and possible use cases.

I would like to emphasize on how “Premium” this car would be. Even the concept of a flying car would be beyond the imagination of the masses, so buying on would definitely be a far fetched dream.

Also considering that we’re talking about Porsche here, this car is definitely going to cater to the elite, as it has high costs associated to it.

Considering both the automobile giants abundance of resources and engineering prowess, they might be able to get the cars sooner in the air than other companies who are still wallowing in the pursuit of this idea.

Maybe in the years to come, this announcement might also inspire some companies to ponder upon developing a flying taxi network for the masses.

However, along with the costs, its utility, convenience to its customers, hassle free rides which are also less time consuming, are also certain things which the companies need to factor in while they design prototypes and zero down on the final one.

All this, will definitely require time to be turned into reality considering the complexities involved.