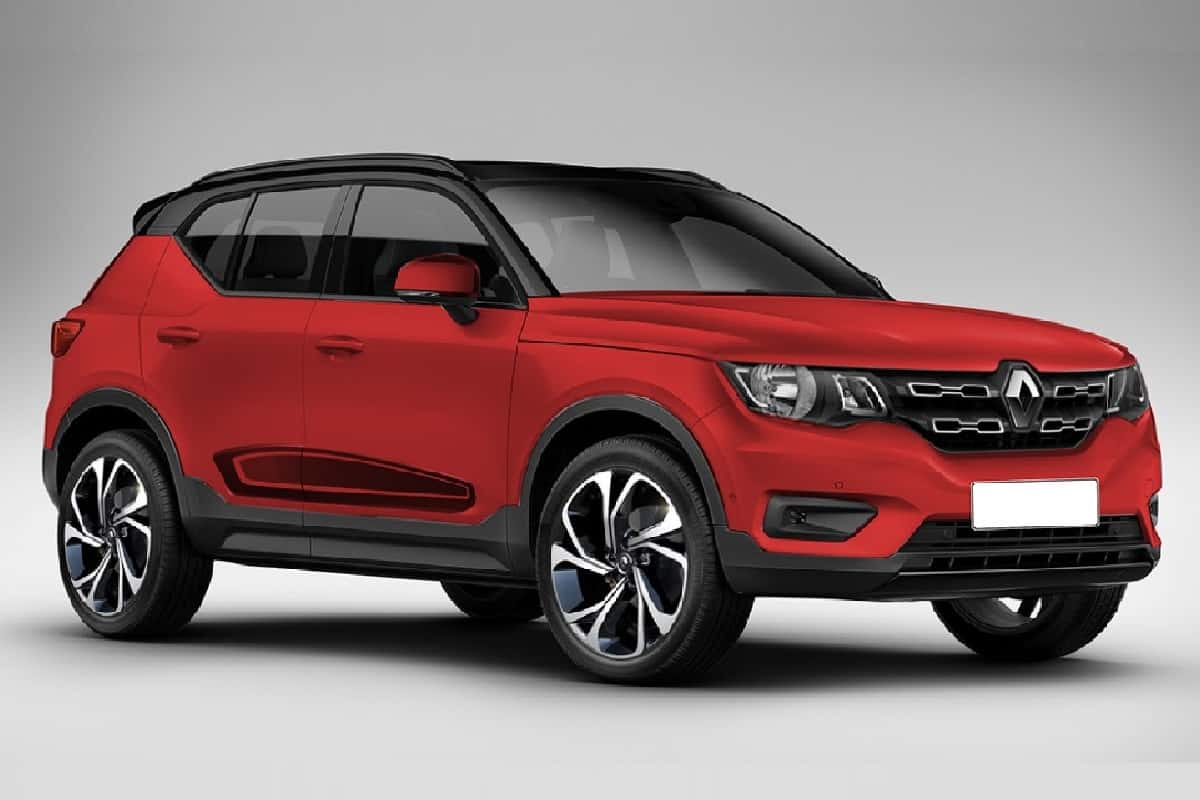 In order to offer a proper preview of the upcoming sub-4 metre SUV for the Indian automobile market, Renault has officially released an all-new Kiger show car. The production version of the Kiger SUV will be launched the next year, hopefully in March or April. The model will also be sold in a few overseas automobile markets, such as Indonesia and Brazil.

According to the rendering, a little bit alteration has been made in split headlamp setup, front grille, etc. Also, the main headlight will now be placed a little lower than the bumper. The rendering has differently-styled machined cut alloys, ORVM’s with integrated blinkers, black plastic cladding all around the body.

From the rear design, you can say that it is a mix of Magnite and Kiger. The tail-lamp unit, tailgate and roof-integrated spoiler have been designed by taking inspiration from Nissan Magnite. The lower bumper that comes with a dual exhaust system relies heavily on Kiger concept.

The interiors will be new and innovative in the upcoming Renault Kiger SUV. It will have a centre console and a new dashboard. The interior scheme will be dark grey-black in colour. Also, a floating, 8-inch touchscreen infotainment system will be the centre of attraction. It will have both Apple CarPlay and Android Auto. There will be lots of lucrative features and facilities, for instance, dual glove box, cruise control, digital instrument console, multi-functional steering wheel, automatic AC, around view monitor to name a few.

The upcoming Kiger has been designed and developed on the Renault-Nissan Alliance’s CMF A modular platform. The model will come equipped with a 1.0 litre, 3-cylinder turbocharged petrol engine, which is capable of churning 99bhp of power and 160Nm of torque.

You will get transmission options between a 5-speed manual and a CVT automatic. The peak torque can fall to 152Nm in case of an automatic gearbox. In case the compact SUV receives a 1.0 L NA engine, it will be able to produce 72bhp of power and 96Nm of torque. This engine will then come paired with a 5-speed MT.