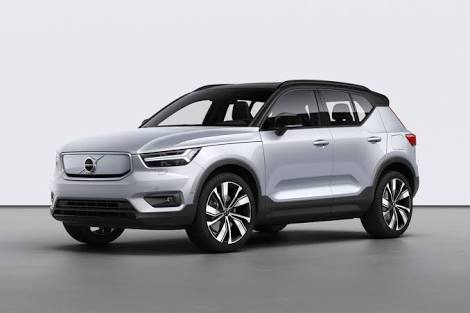 Volvo has recently spoken about, how certain the company is to make the Volvo cars climate neutral by 2040.

This is just one of the core targets the company is focused on, beyond this there is a whole new line up of electric cars led by the XC40 P8 AWD Recharge.

Volvo’s first ever battery model is the automakers first car which will be seen carrying the Recharge name attached to it.

The company has planned to attach the name to all the models which have either a full-electric or a plug-in hybrid powertrain.

XC40 Recharge electric car will be launched in 2018, followed by a new electric car each year. The aim is that by the end of 2025, every model in the lineup will be available as a battery-electric vehicle.

Measures to honour the 2015 Paris Agreement:

Volvo is takin full measures to honour the 2015 Paris Climate Agreement, as Volvo is very focused to concentrate on the sustainability part of Volvo.

The Paris Climate Agreement, seeks to limit or reduce global warming to 1.5 degrees Celsius above pre-industrial levels. Here are the major 2 things Volvo will focus on to contribute to the sustainability of the cars:

Increase the car electric sales to half of its global warming from 0 percent now while mild, and hybrids will account for the other half of the sales however, this will see a huge reduction in the target audience of Volvo.

The carmaker will cut or reduce the CO2 emissions related to the global supply chain by 25 percent to 14.4 tons per car from 19.2 tons last year.

To achieve this, the car will increase the sustainable materials sourcing in future. The automaker will also make sure that the direct suppliers also use the renewable energy in their production.

The car maker will reduce the carbon emissions which is generating by all the manufacturing units of the company.

Volvo had already started taking preventive measures on this area, as 80% of the electricity used at the plant comes globally from renewable energy.

Moreover, Volvo’s engine plant situated in Sweden just became carbon neutral in January 2018. To continue this trend, Volvo will make sure to reduce the emission of carbon at its retailers end as well.