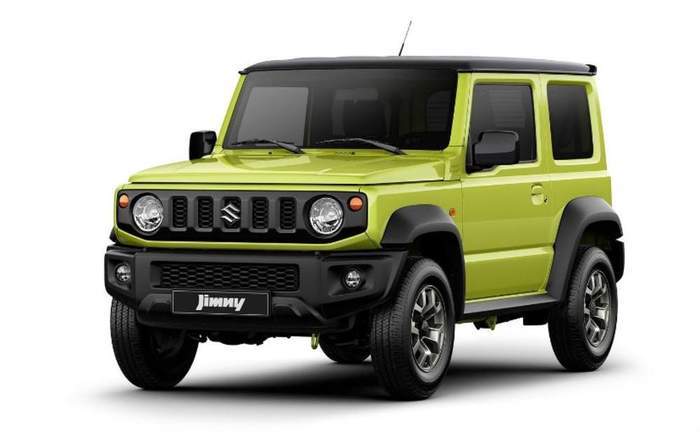 Japanese Car maker Suzuki Jimny is a crowd favourite in many countries. While India had seen the launch of Jimny as Gypsy with minor variations for the Indian market, Jimny had largely been a SUV that is comfortable with off-road travel. The present Jimny in Australia gets a long waiting period of about 8 months. In order to cut down this very long waiting period, Suzuki has come up with a Jimny Lite.

It will be a trimmed down version of the Jimny with very basic features. For a starter, Suzuki has done away with the fog lamps in the model and retained a halogen lamp for the headlights. Similarly, instead of the alloy wheels, Jimny Lite will come with a standard stainless steel wheel. The overall exterior gets changes to accommodate the Jimny at a relatively lower price bracket and quicker build time.

On the inside, the Jimny Lite comes with a standard CD player instead of the present infotainment screen. Seriously Suzuki? Thankfully, the Japanese car maker didn’t use a toy engine for the SUV. It still retains the same 1.5 Litre petrol engine that presently powers Suzuki Swift. However, the naturally aspirated engine will only be mated with manual transmission gearbox and the higher end version will have the automatic gearbox. The car will have a maximum power of 100 bhp & 130 Nm of torque. While the cost cutting measures are all concentrated on the cosmetic parts, the safety features are expected to remain untouched.

The Australian Jimny Lite version is expected to hit the roads with a significantly lower price in August 2021. However, the Indian market is not likely to get this lighter version. Indian Suzuki Jimny is expected to come in 2022 with a slightly longer wheel base, approximately 30 cm more than the Australian Lite edition and will come with 5 doors. While, the new Jimny will bring the new flavour to the company, it is yet to be seen if the Jimny 2022 will live up to the expectations of its actual predecessor in India, the iconic Maruti Gypsy.