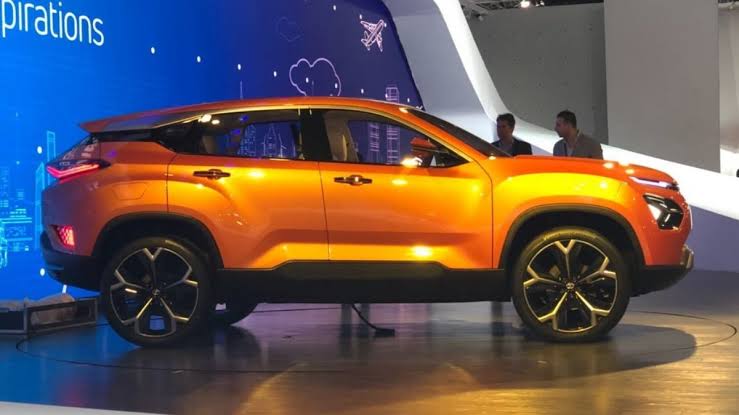 The elusive but much awaited Tata SUV coupe was finally unveiled on 6th, April 2022. The Indian carmaker has teased the audience a few days ago with the video of headlights & tail lights. It has created an interest in the upcoming concept car, Curvv. As the name indicates Curvv has an unique curvy profile in spite of being an SUV. However, since Tata didn’t change much from the concept HBX & the production model Tata Punch, we can expect the company to follow the same for this model too.

The upcoming Nexon based coupe model will come in both as an electric vehicle & also as a conventional engine model. Curvv will be launched as an electric first model & the internal combustion engine variant will be launched later. With the news about the facelifted & upgraded Nexon EV with a longer range and better power train, we can expect the company to use a similar power train in the Curvv.

The company has unveiled the model & it is evident that coupe version still shares many resemblance with the Nexon. It will be slightly longer than the present Nexon and will compete against other SUVs like Skoda Kushaq, Volkswagen Taigun & the industry leaders Hyundai Creta & Kia Seltos.

Curvv will have a longer wheelbase than the Nexon & could be around 4350 mm in length. The initial images show that the model has a good ground clearance. On the front, the signature LED DRL makes Tata Curvv stylish & stunning. Although this is only the concept model, we can expect the company to retain much of the design elements in the production model. The triangular, tri-arrow pattern that has now become a signature style of the company is used for the LED headlights.

On the rear end, the Curvv maintains the same tri-arrow design like in the HBX concept car. The LED stoplight is continuous and runs throughout the width of the car.

The pictures released by the company shows a stylish interior that shouts premium & luxury. The steering wheel gets a little squared off on the bottom. At the same time, the on wheel controls look better placed and easy to use.

Tata has taken pride that all of its models after the Nano fiasco, have the best safety systems in place. Being a coupe model, we can expect the company to have the best in class safety features for all the variants. It is to be noted that the Indian government has also stressed that all the cars should come with 6 air bags after September 2022. So, Curvv will also come with 6 air bags & other features like reverse camera, fortified cabin, Hill Hold Control, Electronic Brake Distribution, 360º camera for all around viewing of the car among other safety features.

Tata looks to take on the stiff competition from Hyundai and the sales number of the last quarter of 2021-2022 has inspired the company. When Curvv comes to the production, it will directly compete with Hyundai Creta & we can expect some juicy marketing campaigns by the Indian carmaker mocking the top dog.

The upholstery is made from premium leather and fabric with matching colours. The automatic seat warming option & captain seats for both the rows increases the luxury quotient of the car. It is to be noted that in spite of providing captain seats for all seats, the boot space is ample and comparable with large sedans. The automatic climate control and manual controls are all touch sensitive and enhances the user experience inside the car. The large panoramic sunroof that covers the stretch of the car gives an out of the world experience. Curvv will truly be a coupe to reckon.

At present, Tata Nexon comes with a 30.3 kWh battery & a motor that provides 130 PS of power. The upgraded Nexon will be powered by a 40 kWh battery with almost 130 PS motor. Moreover, the upgraded configuration will provide longer range of almost 400 km which will put it closer to the Hyundai Kona electric, the best affordable EV in the country.

If Tata is to utilise the same configuration for the Tata Curvv, then it will directly compete with the Hyundai Kona electric & slightly edge out the MG ZS EV. It is also to be noted that both Toyota & Maruti are developing their own electric SUVs. Curvv will also face competition from compatriot Mahindra which is also launching its Electric SUV this year.

Tata Curvv will also come with a 1.5 litre turbo petrol engine that can produce as much as 160 bhp of power. Since coupe models focus on the performance and stylish comfort, it is most likely that the company will use this configuration. The new turbo petrol engine will also be used in other models like the full-fledged SUVs of Harrier & Safari.

Tata Curvv is the concept model and we can expect the company to launch the model in early 2023, may be near Sankranti. However, Tata Motors could pull a surprise by launching the car for 2022 Diwali too. So, expect a normal launch of January 2023 for the car.

So, what do you think? Will Tata be able to pull off another win like the Nexon with the Curvv? Which one do you prefer the ICE version or the EV version?