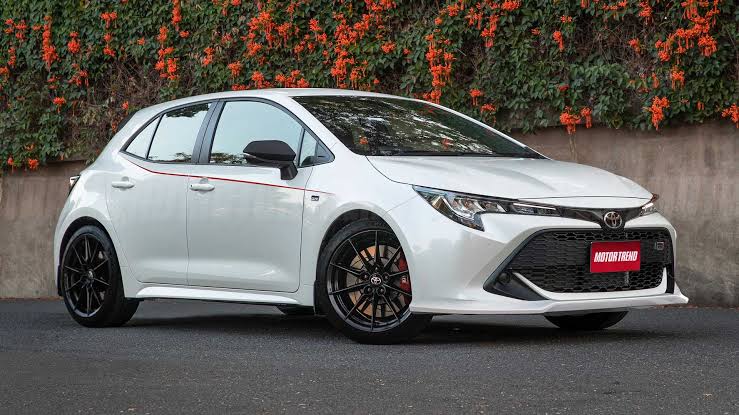 Toyota has unveiled its most powerful vehicle yet, with its new GR Corolla. GR or Gazoo Racing as we know is Toyota’s own high-performance division has tweaked the performance of the car as they did with the previous Toyota vehicles like Yaris, Supra and so on.

The new GR Corolla is fully packed with a powerful 304hp engine. Now, let’s take a look at what drives the vehicle from the inside. For those of you who have never across the GR version of the Toyota, it is similar to the GT variant of the Volkswagen.

GT or Grand Tourism variants of Volkswagen are high performance cars that are produced with powerful engines. Generally, these cars are produced for long distance travelling. It is to be noted that Volkswagen has recently stopped the sales of Polo GT version. However, the company is selling the 700 units as the Polo Legend version. It is now on sale & booking are already open.

The GR Corolla is the high performance version of the usual hatchback Toyota Corolla. Corolla was not a very successful car in the Indian market due to the stiff competition from other hatchbacks of the fellow Japanese company Maruti Suzuki.

Toyota GR Corolla houses a single-scroll turbocharged 1.6-litre three-pot engine which is the same as used in Toyota Yaris. But in this version, the engine’s power has been spiked to 304hp and its torque has been boosted to 370Nm. What assists this engine is a multi-oil jet piston cooling system, a set of larger exhaust valves and a part-machined intake port. Also, a triple-exit exhaust reduces the exhaust pressure at the rear and improves the flow.

A six-speed manual gearbox, the same as in GR Yaris can be seen in the new car. This is assisted by Toyota’s iMT or intelligent Manual Transmission system. The iMT system helps with smoother downshifts by acting as a rev-matching function.

It is also reported that the circuit edition of GR Corolla will have a pair of Torsen (Torque Sensing) differentials to help with an improved grip and cornering controls. All these make the GR Corolla a fully equipped racing car that is produced for the normal roads.

Looks and Exterior of GR Corolla

Toyota GR Corolla is not a compact hatchback but a powerful one. At 4410 mm, it gives a tough competition to some of the full-fledged sedans in the country. With a width of 1850 mm and a moderate height of 1455mm, it will be a comfortable car to sit in. Both the front & the rear rows are spacious even for tall people.

Toyota has constructed a new highly rigid body, especially for the GR version. This is necessary, says the company, for the performance of the vehicle needs such a rigid frame. We can safely expect the Corolla to reach the speeds of 0-100 kmph in less than 5 seconds. So, you can imagine the kind of strength it requires to keep itself pinned to the roads.

Another striking feature of the car is the triple exhaust. The 3 exhausts are designed to provide better flow of the exhaust and complete combustion of the fuel providing better power to the car. The car sports four 18 inch tyres which are relatively big for the size of the car.

What makes the body more special is that the weight of the car has been kept minimal. This, Toyota did so with extensive use of structural adhesive between various components. Also, we can find extra welds around chassis joints. All this point out to the fact that Toyota has not compromised the weight of the car to improve its strength and safety.

The body is made of lightweight materials and the kerb weight of the vehicle comes to 1474kg. The circuit edition comes with carbon-fibre roof panel and aluminium bonnets which reduces the overall weight of the car.

If you get your hands on one of the mean machines, make sure that you place the spoilers on the car before taking it for a spin. With a powerful 304hp engine & a nimble weight of 1474 kg, the car could veer off easily at high speeds. Although Toyota provides good control and handling of the car, one can never be too careful while driving the GR version.

On the inside, the nimble hatchback comes with a motorsport-inspired cabin, GR-badged seats, a leather-trimmed GR steering wheel, and aluminium pedals. Suede seats come in the Circuit edition, which also has a shift knob signed by Akio Toyoda, the president of the company. The interior of the car has an 11 inch infotainment screen that has both Android Auto & Apple Car Play compatibility.

The Car has been unveiled to the global market and its performance charts are yet to be released. But we can expect the GR Corolla to adorn Toyota’s showrooms across the world. However, with a lot of high-performance enthusiasts waiting for the car, we can see them on our roads around November 2022. The company could price the model at around 13-18 Lakhs in India.

With the German carmaker finally bringing the curtains on the Polo GT in India, the high performance car enthusiasts have something to look for. Although Polo GT was shorter at 4067mm, it was comparable to the upcoming GR Corolla on many fronts. Both the hatchbacks have a normal version that is less powerful.

Both Polo GT & GR Corolla comes in a circuit model that is used for rally driving. While Polo had many engine options over the years, ranging from 1.4 L, 1.5L, 1.6L, 1.8L & even 2.0L turbocharged petrol engines and a 1.6 L diesel engine, the GR Corolla will only come in a petrol variant. As of now the car is powered only by a 1.6L petrol engine.

So, what do you think? Will the Toyota GR Corolla capture the void that will be left when Volkswagen finally pulls curtain on the Polo GT or will the GR Corolla be another overpriced car in the Indian market?