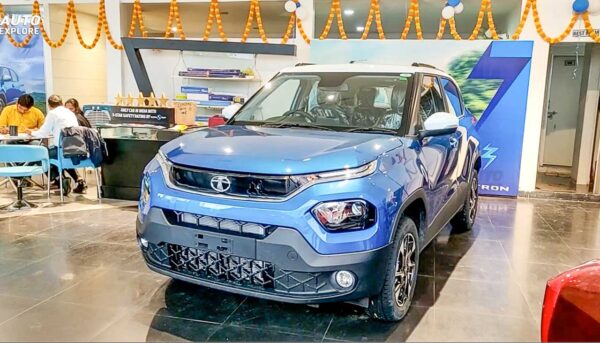 Tata motors has unveiled the new versions of its entire SUV segment. The neatly lined up Punch, Nexon, Harrier and Safari models are getting a new makeover in support to the Kaziranga National Park. Kaziranga is one of the largest national parks in Assam. It is home to one-horned rhinoceros and the large Bengal Tigers. Tata is launching this limited Kaziranga Edition to support the national park. Let’s have a look at the cool new looks and features of the SUVs.

What are the SUVs that Gets the Kaziranga Editions?

Tata gave a preview of the new makeovers at a recent IPL event by showcasing a Punch, the micro-size SUV of the Tata lineup. This has sparked interest in all Tata lovers out there. These limited-edition models are to be auctioned off to fans and the proceeds will be given to the conservation efforts at the Kaziranga National Park.

The now famed Kaziranga edition will be launched only for the SUV segment of the company. So, the micro-SUV Punch, compact SUV Nexon, mid-sized SUV Harrier and the larger Tata Safari would come in this limited edition.

Tata uses the motif of different animals in their models is a well-known fact. Tata Tiago had a small family of elephants in the glove box, Harrier has a lion themed motifs, with lions on the front headlights and a lioness & cubs on the rear windshield. Nexon has a couple of Tigers on the rear.

The new Kaziranga edition is inspired by the famous Indian One-Horned Rhinoceros largely preserved at the national park. The exterior design is dominated by an exclusive grassland beige paint shade. It is contrasted with a blacked-out treatment for the roof, wheels, wing mirrors and all the other chrome trims. All these features provide a unique, rhinoceros look to the SUVs. The 4 SUVs also get a blacked-out rhino motif on its front fender and on the rear windscreen. There will also be special door scuff plates with ‘Kaziranga’ embedded on it.

On the inside a special earthy beige leatherette upholstery gives a balmy look. An all-black dashboard along with wood trimmed dashboard will be featured on Nexon, Harrier and Safari, while the Punch will get an earthy beige signature tri-arrow finish of the Tata. The front seat headrests will also feature a silhouette of the one-horned rhinoceros. This will be available in all the Kaziranga SUVs as a standard addition.

Changes in the Engine and Specifications

The previous Black & Gold edition didn’t have any changes in the powertrain or other features. Similarly, the powertrain options of the SUVs are the same as that of the regular editions, an 86hp, 1.2-litre petrol engine for the Punch; the Nexon with its 120hp, 1.2-litre turbo-petrol and 110hp, 1.5-litre diesel engines; the Harrier and Safari continue with the 170hp, 2.0-litre diesel engine. the transmission options will remain unchanged too.

The other notable features include, air purifiers, iRA connected car tech, wireless Android Auto and Apple CarPlay support along with ventilated front seats for all the models.

The Kaziranga editions are a lot like the Gold and Dark editions of the SUVs. Tata motors is said to give a whole new look when it comes to their special editions. Take for example, the gold edition of Safari featured frost white and coffee bean paint options along with black 18-inch alloys and a lot more features. While the Black edition of Harrier and Nexon featured the Oberon black paint scheme. As for the interiors, these cars remained the same. The same is true for the upcoming Kaziranga editions, with only the attractive colour schemes standing out from the rest of the fleet.

Would you love to take part in the auction of the limited Kaziranga edition of the Tata SUVs? Will this goodwill gesture by the brand increase the brand appeal among the car lovers of the country? What do you think?