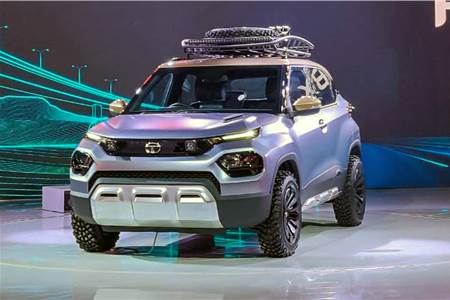 Tata has expanded immensely all over the SUV and EV automobile industry. India is catching up rapidly with Electric Vehicle fever and coming up on the Indian Market are four all-new Tata SUVs. Launch dates have not been declared by Tata Motors that have been confirmed for launch anytime by the end of this year. The new-comer models include 2 SUVs, and 2 EVs lined up here.

Tata HBX makes the manufacturer’s debut in the segment of mini SUVs where Maruti Suzuki has a sufficient grip. Tata HBX’s sample model is reported to be based on the one exposed on this year’s Auto-Expo. It will be made with the petrol engine model offering 1.2L naturally-aspirated petrol and 1.2L turbo petrol alternatives. It contains 5-speed gearbox with a manual transmission system. The prototype has been released for public view.

With some extra features to offer, Tata Gravitas compares to Harrier and looks a little different, in
the right way, of course. Customers waiting for its launch are relieved to see that the model is ready
to hit the roads very soon. The vehicle is powered with BS6 170bhp and 2L engine available in both
manual and automatic gearbox and transmission system. This SUV is confirmed to be launched with
two configuration options; 6-seater and 7-seater.

Tata has confirmed the launch of this luxurious electric hatchback soon. Detailed features and
specifications are yet to be announced, but it is to share the powertrain from the Nexon EV model.

Compared to the regular model, Tata HBX EV looks slightly different in terms of tri-arrow patterns at
the bumper. Suitable for Indian climate and traffic conditions, the car offers Ziptron EV’s engine
while having a capability of running for 300km on one charge.