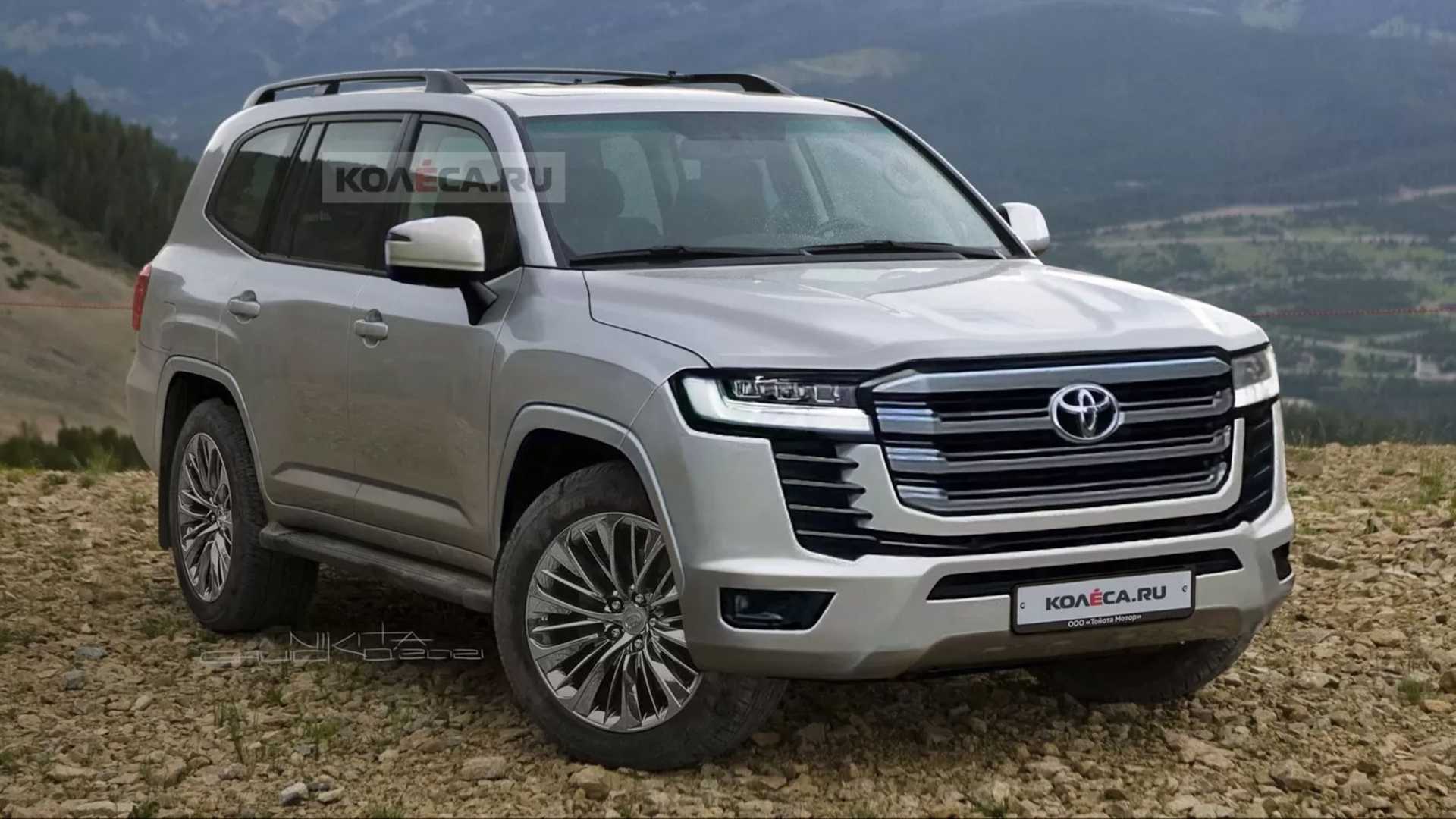 All new Toyota Land Cruiser is all set to be unveiled on June 9th, 2021 in Dubai. The international unveiling of the Land Cruiser is a much awaited event in the automobile industry. While we have no official data, it can be known that the SUV will be sold in 3 variants in the markets of South Africa.

The Land Cruiser is to be launched with two engine options 3.3L V6 turbo diesel engine and a 3.5 L twin turbo petrol engine. Both these beasts will power the Land Cruiser. The Japanese power monster, Land Cruiser is run by a 200bhp engine that produces a maximum torque of 500Nm.

Indian variant and other selected markets are also due to get a 4 cylinder rail diesel engine with a displacement of 2.8L. It will be mated with a 10 speed automatic gearbox.

While the global launch is on 9th June, the Indian release is to be delayed. We might get the release by the end of the year or early next year. It is to be noted that Toyota already has a long line-up for the year in Etios, Innova Crysta, Fortuner, Camry, Vellfire, Yaris & other hybrid models.

You can get the Toyota Land Cruiser in a number of variants including the GX-R, GR-S & the high end ZX. GR-S being the sport version will come with the E-Kinetic Dynamic Suspension System that provides differential lock to the front and rear axles making it more manoeuvrable and easy to control.

The new 2022, Land Cruiser will also sport an 18 inch wheels and tubular side steps that provide a sporty look and performance. The top end model, ZX will sport a 20 inch wheel with illuminated side steps. Further it also gets a powered tailgate with a sensor.

The interior gets the plush comfort and an 11.6 inch infotainment touchscreen for easier navigation and control. Not to discount the availability of the smartphone connectivity, easy climate control and a 360 degree camera that provides 3D multi-terrain monitor. The upholstery and the premium leather finish of the seats are simply unmatched. So, which model will you be buying?