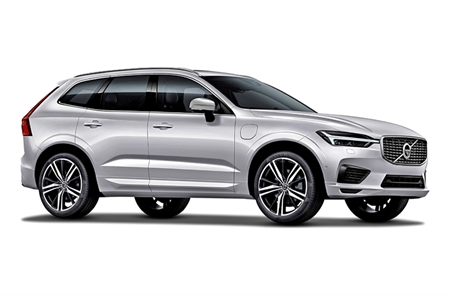 The Volvo XC60 has been unveiled, and the crossover SUV features more interior improvements than exterior changes. Volvo has mildly restyled the exterior for the MY22, with new bumpers on both ends. There’s also a new grille, alloy wheel style, and color options.

The update’s mainstay, however, is on the inside. For the first four years of ownership, the MY22 XC60 comes with an android-based multimedia device that includes Google services. If the consumer wishes, they will continue to use Google’s services. Maps, hands-free support with assistants, and Google’s app services are among Google’s services. According to Volvo, these services will be region-specific for the time being.

Volvo also mentions that the multimedia system will not be standard in some markets and will only be available with higher trim levels of the respective cars. The S90, V90, and V90 Cross Country models will all be available with next-generation multimedia. It was also featured in the XC40 Recharge, which Volvo unveiled in India recently. Advanced Driver Assistance Systems (ADAS) that detect other road users, automatic braking, and collision avoidance are also included in the update. As part of the update, the cabin will get Weave Textile upholstery.

How does it perform in terms of performance and fuel economy?

Volvo offers three powertrain options for the XC60 in 2021, all of which are based on the same 2.0-liter four-cylinder engine and paired with an eight-speed automatic transmission.

The T6, which has both a turbo and a supercharger, boosts output to 316 horsepower and 295 pound-feet. All-wheel-drive T6 models get 20 mpg city, 27 mpg highway, and 23 mpg combined according to the EPA.

The plug-in hybrid T8 powertrain, which includes a 65-hp electric motor is standard on Recharge models. Inscription and R-Design models have 400 horsepower and 472 lb-ft of torque, while Polestar Engineered models have 415 horsepower. Volvo claims that the base Recharge will accelerate to 60 mph in less than five seconds, with the Polestar Engineered model shaving a tenth of a second off the time.

With a full charge, both Recharge variants can travel up to 19 miles on electric power alone, and once that range is depleted, they have rated at 26 mpg city, 28 mpg highway, and 27 mpg combined.