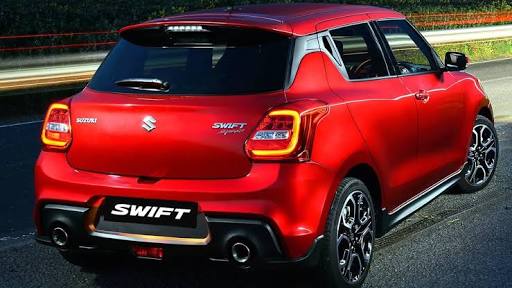 The Japanese manufacturers have recently rolled out the touchscreen infotainment system in the 2020 Maruti Suzuki Swift. The line-up will now come equipped with the 7-inch touchscreen infotainment system which supports Apple car play and Android Auto connectivity. The newly equipped system will be compatible with USB, Bluetooth and aux. Apart from this, it also has an inbuilt feature of the navigations which provides the live traffic updates along with the voice command. There are no other changes that are made in the car instead of a new infotainment system. It has been quite a long time the hatchback received an update.

Powering the engine of 2020 Maruti Suzuki Swift, it offers 1.2 L engine of petrol which is capable enough to produce 82 bhp and 113 nm of torque. Talking about the transmission duties, it will be done by five-speed automatic and manual options. In upcoming months, the current engine of the car ‘1.2 L gasoline motor’ will be replaced with the BSVI-complaint 1.2 dual jet engine of petrol. The same engine was also introduced recently in the Dzire facelift. The new engine ‘dualjet’ will be more powerful and fuel-efficient than the existing one.

The new engine of the 2020 Maruti Suzuki Swift will be able to produce the peak power of 90 PS and peak torque of 113 Nm. The new engine will also be provided with both automatic and manual gearbox options. The recent reports suggest that the company is going to replace the 1.2 L K12 engine of petrol with the newly introduced dual jet in Ingnis and WagonR. Talking about the appearance of 2020 Maruti Suzuki Swift, it will is pretty much likely to receive new cosmetic upgrades, interior changes, newly designed grille, upgraded rear bumpers, etc. We can also expect it receives new alloy wheels and fog lamps.