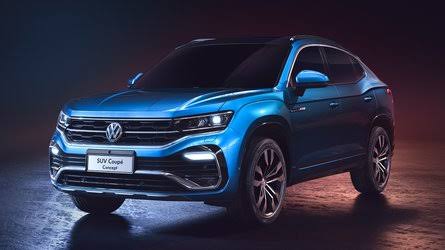 It is based on the platform of MQB, which underpins Volkswagen Polo too in the global market. Talking about the dimensions of Volkswagen Nivus, it will come up with the wheelbase of 2.56 meter. It has a rear overhang of the 856 mm and the total length of the car measures to be 4.26 meter. In comparison with Brazil’s model T-cross, it is 60cm longer. Under the hood, it also offers a considerable boot space of 415 L, which is quite impressive. It also provides a luggage space of 373 L, and it can also be maximized to 420 L by placing the rear seats forward.

As seen in the images, the overall appearance and dimensions of the car are pretty impressive and appealing. It seems like that the car is all set to dominate and conquer its rivals once it rolls out in the market. The price details of Volkswagen Nivus are yet to be revealed by the company. Powering the engine, it will offer 1.0 L TSI, three cylinders turbocharged engine of petrol which will be capable enough to produce the power of 128 bhp and the peak torque of 200 nm. The transmission duties will be done by the six speed automatic gearbox.