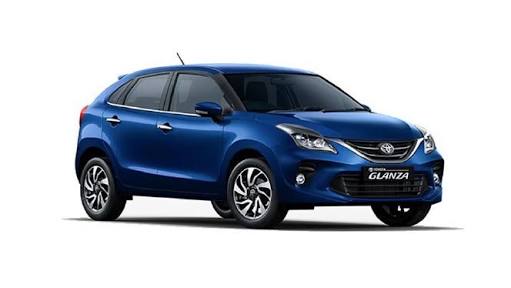 Toyota’s newly launched model Toyota Glanza has been very well accepted in the market just within a quarter. The Japanese carmaker Toyota, with the launch of Glanza, has been able to capture a huge market in the automobile sector.

In the very first half of FY2020, Toyota’s Kirloskar Motor has outperformed Tata Motors and Honda Cars have performed better than all the car makers and have managed to secure the 4th position in the Indian market.

According to carmakers, Glanza has been a huge success for them. The model has managed to add significantly to major volumes, approximately 2000 units per month. Even the other two models Innova Crysta and Fortuner have been consistent performers.

Toyota: Emerges as the fourth largest carmaker in India

Toyota has claimed to record a huge jump of 23 points. Currently, its total market share 4.86 per cent in the Indian market in H1FY2020 as opposed to 4.63 per cent during the same period last year.

Both the leading carmakers, Toyota and Hyundai’s market share have reduced significantly due to the massive slowdown in the automobile industry.

Toyota’s model Glanza, which was originally a cross-badged Maruti Suzuki Baleno, was actually the very first product of the Toyota-Suzuki alliance.

The model has generated an immense amount of sales and it became a market leader in the hatchback segment. In the beginning, Glanza was just launched with very few variants. However, just a few days back Toyota has gone to add a brand new entry-level variant in the lineup.

The position of Toyota with reference to the Indian market has significantly improved. The new models will be joining the success party which will be cross-badged Vitara Brezza and Ertiga.

He spoke about how the company for the latest model solely changed their approach and focused entire only customers-for-life approach targeting millennials. This approach has helped the company immensely to attract a large pool of first-time buyers.