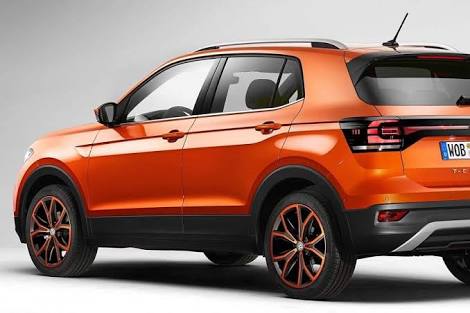 Recently Volkswagon announced that it is going to unveil four all new SUVs at the upcoming Auto Expo, which will take place on 5 feburary. The lineup of the company at Auto Expo 2020 includes Volkswagon AO compact SUV, VW Tiguan all space, VW T-ROC, and an electric SUV, which is VW ID Crozx.

After a long wait, the company has released a teaser video on social media introducing Volksvagon AO SUV that will be a direct rival to KIA Seltos, Nissan Kicks and Hyundai Creta. The most anticipated car Volkswagon AO SUV will be revealed on 3 February 2020 in high voltage event at New Delhi. According to the official teaser posted by the company, Volkswagon AO SUV will receive a new twin-pod LED headlamp cluster, roof rails, and split-style chrome grille. It will be the second model of the company, which will be underpinned by the specific platform of India.

The teaser also reveals that the silhouette of Ind-spec SUV will be quite similar to the available international-spec T cross car. But one thing is confirmed that the model of production will appear to be tougher will have more ground clearance. Volkswagon AO SUV will offer locally produced 1.0-liter TSI engine of petrol that is going to be mated seven speed DCT as optional six speed MT as standard.

It is expected that the vehicle will be launched in 2nd half of the next year. With that being said, the pre-production variant will be revealed on next month. It will give us a fair idea of what the final version of the vehicle will look like. It seems like Volkswagon AO SUV will make a huge impact in the automobile industry with its new upcoming launches. Till then let’s wait for the Auto expo 2020 which is just days away to be conducted.