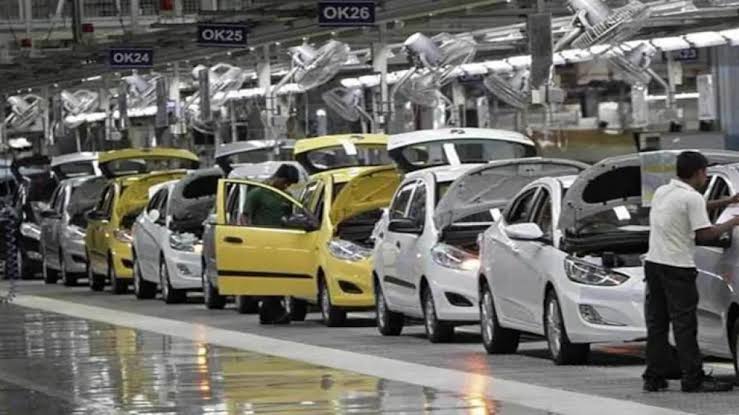 The whole of automobile industry is going gaga over the PLI Scheme. In fact, the government has recently announced the PLI scheme for other sectors including but not limited to auto component, automobile manufacturing, aviation, chemicals, electronic systems, renewable energy goods, food processing, etc.

The production-linked incentive is different from the previously used subsidy system in which the businesses could avail a fixed percentage of the initial setup or investment cost as a subsidy. Now, in the new PLI scheme, businesses can avail the incentives (not subsidy) to the proportion of their output or production in the country. The basic 3 main factors on which the PLI scheme is based on are as follows,

The scheme can create targeted results that can maximise the impact on the economy of the country. In a country like India, the need for the targeted action is huge but the ailing automobile industry is set to gain a lot with the successful implementation of the scheme.

Indian automobile industry is notorious for humbling large international car manufacturers. There is no dearth of examples in this case from the initial retreat of Chevrolet from the General Motors of United States of America or the luxury American cruiser bike manufacturer Harley Davidson.

Even the recent exit of Ford from manufacturing in India is an example of the chaotic market conditions. However, not all the issues with these exits are that of the market. While western companies have struggled heavily, eastern giants like Suzuki, Honda, Toyota, all have been successful in both two wheelers and four wheeler segments. Not to discount the success and growth of Indian born automobile giants like Tata and Mahindra.

At CarTechNewz, we have analysed why the Ford Motors have exited from India in detail. Read the article here.

When the Union budget was passed, the Finance Minister of India, Shri. Nirmala Sitharaman has announced an outlay of 1.97 Lakh crores or USD 26 Billion. The automobile manufacturing is poised to get almost 26,000 Crores as incentives. However, the total incentive for the sector could be well above that as the auto components and renewable energy are separate sectors under which the companies could apply for the incentives.

This is an important move in view of the present condition of the Indian automobile market. Automobile industry accounts for almost 7% of the Indian GDP and this new incentive will add an impetus to the growth trajectory of the country. The Make in India scheme has previously announced a few incentives for companies and along with the previously announced extension of FAME II, the Faster Adoption and Manufacturing of Hybrid and Electric Vehicles by two years will help the ailing car manufacturers.

At this crucial juncture when the automobile industry is plagued by the supply chain issues of the automobile components manufacturing and delivery, the PLI scheme outlay is a welcome change for everyone.

Many companies like Bosch, Continental, Schaeffler India and other component manufacturers in India will be benefitted by the PLI scheme for the auto-component industry. This new move will help these companies to increase the scale and output of these companies.

The SPECS or the Scheme for Promotion of Manufacturing of Electronic Components and Semiconductors will get an incentive up to ₹3285 crores. An incentive of up to 25% on the capital expenditure is covered under the scheme. The companies can use it to buy machinery, equipment and other plant expenses.

This will ease the supply side issues in the semiconductor chips and microprocessor components that are of high demand for the automobile industry.

Another important scheme that can potentially help the automobile industry is the PLI scheme for High Efficiency Solar PV Modules for Enhancing India’s manufacturing capabilities and enhancing exports.

The plan outlay of ₹4,500 crores can be used by companies that are manufacturing photo voltaic cells and other hybrid technology devices. This will indirectly help the large charging network that India requires for the widespread penetration of EVs in the country.

Ola Electric is about to setup a large electric bike manufacturing plant that is to be entirely powered by renewable energy sources. Charging network of other companies like MG, Tata, Mahindra, Hyundai and other EV manufacturers of the country will also benefit from this PLI scheme.

Combined Impact of PLI Scheme on the Indian Automobile Industry

CEO and Managing Director of Daimler India, the leading manufacturer and exporter of commercial vehicles, Mr. Satyakam Arya opined that this initiative (PLI Scheme) will encourage investments in the sector and help the companies to ensure sustainability and carbon neutral growth.

The PLI Scheme has two main ways in which the companies can benefit. Firstly the, Champion OEM Incentive Scheme – as the name indicates it will help the original equipment manufacturers to boost production and increase supply and exports. This will enable OEM like hydrogen cell production, battery pack manufacturers, etc., in the country.

Secondly, the Component Champion Incentive Scheme – this helps the component manufacturers in the all the segments of the industry. The eligibilities for the companies to avail these components are

The PLI scheme will help the companies to the tune of 8 to 13% in their costs. However, for the manufacturers of electric vehicles and hydrogen fuel cells, the overall benefit will be close to 20%. In short the PLI scheme is a timely boon for the boost of the automobile industry in the country.

While all these schemes are enabling India from the supply side, the real issue behind the economic slowdown is due to the demand side issues which these schemes can’t address. In order to give a new energy to the automobile sector, the government should come up with a muti-pronged strategy that address the concerns from the both supply and demand side. After all, there is a stark difference between the elite India and the Bharat.