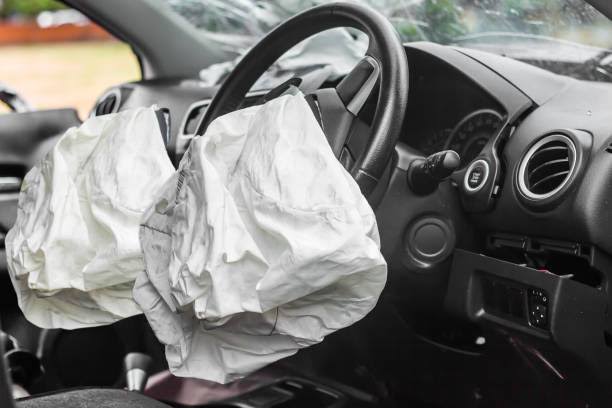 The Ministry of Road Transport & Highways had proposed compulsory fitment of six airbags in cars were to come into effect by October 1, 2022. However, the proposal could be delayed by up to 18 months. This is due to a lot of technical difficulties within the automotive industry and the supplementary fear of automotive price rise.

Here’s the detailed report about the draft notification and the effects that followed.

The Ministry had issued the draft notification in January, stating all the cars in the country to be fitted with six airbags. The manufacturers had to comply with the notification and follow the proposed guidelines by October 1, 2022. However, the six-month timeframe within which a law has to be passed about the notification, has elapsed. This means that the notification could be reissued by the ministry, and it could only be implemented by April 2024.

The Reality of the Industry

On the other side, some industry sources have revealed that there isn’t enough airbag manufacturing capacity in the country. This marks as the primary reason for the delay in implementing the guidelines. If all cars in the country have to be compulsorily equipped with six airbags, the production capacity will have to be increased up to 18 million units per year. This is triple the number of the actual need right now.

If the remaining 85% of the PV market is to switch to 6 airbags, there will be an additional requirement for 10 million airbags. This increased demand will require the suppliers to upscale their manufacturing to 18 million airbag units to cater to the entire market.

However, industry experts say that they don’t have the capacity to produce even 6 million airbag units right now. A lot of components to make the airbags are currently being imported too. The new guidelines also require production capacity expansion and localised production of airbags. Even if the component makers invest to increase production capacity, it is impossible to cater to this increased demand within such a short timeframe.

The six-airbag mandate could be a great business for safety system suppliers in the country. But there are also fears of increased cost, and engineering challenges during implementation. This could in-turn hurt the growth of the passenger car market adversely. The budget segment, which starts with mass market models like, Maruti Suzuki Alto, & Renault Kwid at the entry level, to popular family cars like Wagon R, & Tata Tiago will all be impacted with price rise.

It is to be noted that these cars hold a lion’s share in the price-sensitive Indian car market. Their unique selling point is the affordable mobility they offer. The 6-airbag mandate will require re-engineering of their side-body structures, and in some cases, a grounds-up development of their production platforms. These changes will in-turn add up to the cost of these vehicles.

The total cost of a 6-airbag system is estimated to range between ₹12,500 – ₹15,000. But by the time the car reaches the end customer, the effective price will inflate to two to three times, owing to various taxes including road tax.

For automakers, this price rise is less of an issue than the time it takes to implement the systems. The dual airbag mandate had an ample two years to be implemented. But now, the 6 airbags system will need a lot more time than before.

Importance of Seatbelts over Airbags in Passenger Security

The 6-airbags system is receiving criticism from all corners now. Experts say there is an easier alternative to car safety. The seatbelt warning system, which came with the dual airbags is a cost-effective way to ensure passenger safety, they say.

The 6-airbags system could face serious issues without enforcing seatbelt usage in cars. Seatbelts form the Primary Restraint Systems in cars, while the airbags form the Supplementary Restraint System (SRS). The airbags assist an occupant’s seatbelt to help cushion the adverse impacts of an accident from getting transmitted to their body. Also, airbags are only effective if the occupants are securely strapped in their seatbelts in the first place. Hence, seatbelts are more necessary than the expensive airbag systems in cars.

Industry experts believe that mandatory fitment of seat belt reminders for all front-facing rear seats in cars could be a better move. This could be an incremental, low-cost, and more effective step than the 6-airbag mandate.

So what do you think? Is the MoRTH sending mixed signals with this potential delay? Do you think if the move will put people at potentially unsafe position?