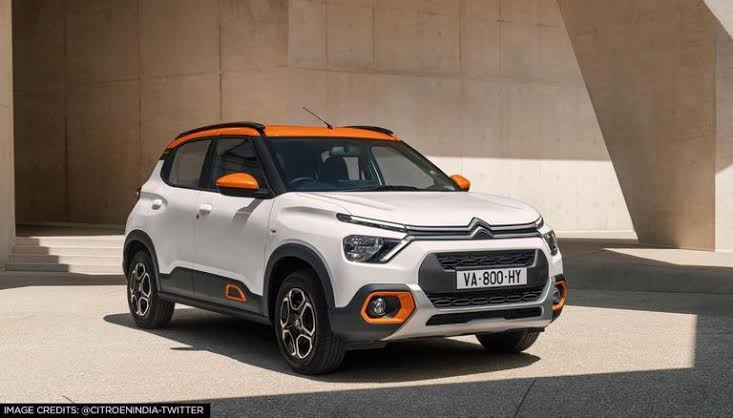 Similar to Jeep, Citroen is also looking to take a piece of the pie. Incidentally, both Citroen and Jeep are part of the same group, Stellantis. This provides a number of benefits for the group as it can share the network of resources. While Jeep is constrained to SUVs and off-roaders, the French car maker plans to launch a sedan too.

First to break in the Indian market will be the micro SUV, C3. The C3 can be expected on the Indian roads by March 2022. Citroen C3 is an equivalent to Jeep’s sub-4-meter SUV. It is compact, it is stylish and it performs well too. It is powered by a 1.2-litre turbo-petrol engine connected to a five-speed manual or an automatic transmission. With a length of 3996mm and width of 1740 mm, it will compete with other micro SUVs such as Punch, Renault Kiger, etc. With a height of 1470 mm, C3 will be smaller than Kiger.

The front with the double arrow two slat grills, split headlamps design, alloy wheels, wrap-around LED tail lights and a lot more give the C3 a great exterior. Inside, the C3 has, a 10-inch touchscreen infotainment system with Apple Car Play and Android Auto, a digital instrument console, and a flat-bottom steering wheel with steering-mounted controls. Citroen C3 is expected to offer the car with made to order and fully customisable models. The base price is expected to be around 5.5 Lakhs. However, other higher priced models will come around at ₹8 – 10 lakhs. The 5 door micro SUV can accommodate up to 5 people at a time. It will be a great choice if you are looking for a compact SUV with a new trendy look.

The CC24 is a mid-sized SUV that is specifically designed to compete with cars like Kia Seltos and Hyundai Creta. Citroen plans to start production of its CC24 by June 2022. This means the SUV will be well available in the 3rd quarter of this year. It is expected to be powered by the same 1.2-litre turbocharged petrol engine that powers C3. It will have a power output of around 130bhp. The list of features to be included in the CC24 is yet to be revealed by the company. Seeing the spurt in new vehicle launches this year, we can sure expect them to be top charts.

On Road Price of Citroen CC26 Sedan in India

CC26 is a luxury sedan that is set to compete with the likes of Hyundai Verna, Honda City, and Maruti Ciaz. This brand-new design from Citroen is hyped to be a competitor to the aforesaid well-performing premium sedans. Citroen, like the compatriot French Car maker Renault will be focussing on making safe and modern cars at an affordable price in India. So, the on road price of the yet to be launched Citroen CC26 will be under 10 Lakhs.

We can expect the CC26 to be around 4500 mm in length. The production of CC26 is to begin by 2023 and the car’s features will be revealed by the company by the end of this year. We can expect a world class design in this sedan, for Citroen is taking in a lot of design inputs from several of its previous models from across the world.

The electric vehicle market is growing by the day and India is not lagging much behind. It is said that Citroen is also designing its Mini-electric SUV. Known worldwide for its compact designs, Citroen is highly anticipated to bring out its new mini electric vehicle at an affordable range. The full specifications are yet to be announced by the company. For now, we can be sure that the vehicle is equipped with usual features such as touchscreen infotainment system with smartphone connectivity, automatic climate control, connected car technology, cruise control and keyless entry, etc.

Citroen is a widely popular brand across the world and their entry into the Indian market is a highly anticipated one. We can sure hope to see more of its luxurious vehicles on the roads in 2022.

Apart from the Citroen vehicles, the umbrella group, Stellantis is keen on growing the Jeep brand in the country. If the group plans correctly, Citroen will be able to grab the lower and middle segments of the market while the Jeep will dominate the middle and higher end of the SUV segment.