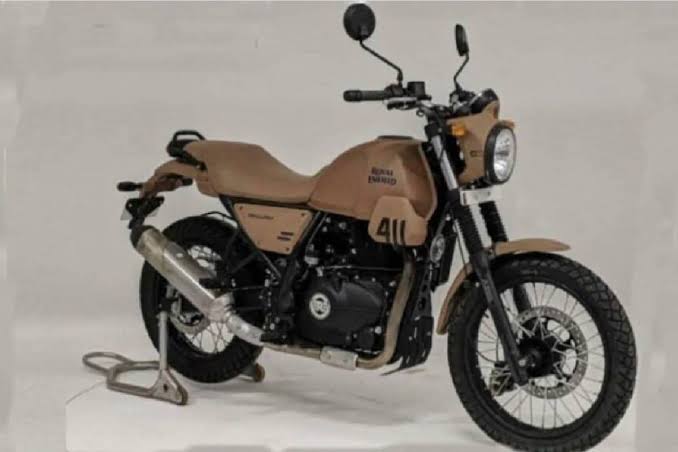 At first glance it will look like a facelifted Himalayan, but it is the all-new Royal Enfield Scram 411. As the numbers in the name go, the new Scram is a 411cc adventure bike revealed by Royal Enfield recently. Although the two models look similar and are made of the same specifications, there are a few differences that could make Scram feel a little different. Let’s look into some of its features,

The Overall Length of the vehicle is at 2160mm, and its Overall Height is at 1165mm. On the other hand, the overall wheelbase of the bike is at 1455mm and ground clearance is at 200mm. Scram has a lesser ground clearance than Himalayan, whose number stands at 220mm. The reduced height and clearance make Scram more city-friendly than the Himalayan. Also adding to this favour is the kerb weight of the bike, 185kg.

RE Scram is powered by a 411cc engine that produces a power of 24.3 bhp and a torque of 32 Nm. This makes it the ideal engine option between the largely popular 350cc of the brand and the much powerful 500 cc engine. The engine offers a perfect balance of power and torque that fits the requirements of everyday riders and also those who prefer the off-road conditions. The 411 cc engine is paired with the regular 5-speed manual transmission. Royal Enfield Scram 411 comes with a fuel tank capacity of 15 litres. The full tank gives an ample a range of about 400km. In most cases, Scram will be used for in-city trips and short inter-city trips.

The RE Scram has a seat height of 795mm. This makes the bike more accessible than is big brother Himalayan. The difference is only about 5mm and not much. However, even that 5 mm makes much of a difference when you are 5’ 6”. Royal Enfield Scram 411 comes as 3 variants in 7 colours namely, Graphite Red/Yellow/Blue, Blazing Black, Skyline Blue, White Flame and Silver Spirit.

The 19-inch front and 17-inch rear spoked wheels are wrapped with dual-purpose rubber. It is also equipped with disc brakes on both the front and the back wheels. As an additional safety, an anti-lock system comes with the brakes. It also comes with a single-pod instrument cluster with a speedometer, odometer, tachometer, trip meter, fuel level indicator and other readings.

Comparison with RE Himalayan

The Scram’s length is a clear 30mm less than Himalayan and the Himalayan stands tall at 1370mm. As said before Scram is more suitable for cities and it can go off road too. It is a better option for RE lovers who want a less rugged off-roader. Also different are the braking systems in each vehicle. While the Himalayan comes with a Switchable ABS, the Scram comes with a Dual Channel ABS. The LED headlights in the Himalayan are replaced by a halogen bulb while the tail-lights remain the same.

In short, the new Royal Enfield Scram 411 occupies a niche that is not covered by both the Classic & the Himalayan off-roaders.

The Royal Enfield Scram was launched on 15th March 2022 with the starting price of ₹ 2.03 Lakhs, with the White Flame and Silver Spirit models reaching up to ₹2.08 lakhs. Being one of the market leaders, Royal Enfield enjoys a loyal fan following and people who love the bikes of the brand. At times, even when the bikes are not good enough. So, there is no question, whether the model will make the sales numbers. The nimble handling, a good powerful & compact 411cc engine, powerful features all will ensure that the Royal Enfield bike will achieve the sales targets but the larger question is, will it win new segment of customers for the company?

So, what do you think? Will the new Scram 411 win the hearts of the bikers or will it only succeed to win the traditional Royal Enfield buyers who missed on the RE Himalayan?