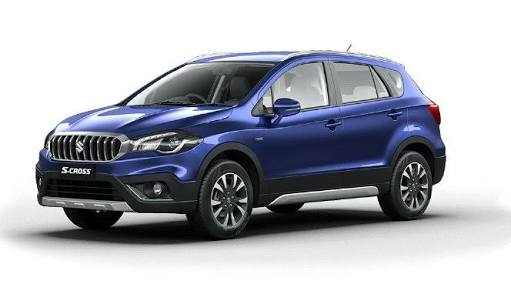 Maruti Suzuki, one of India’s leading automobile manufacturing company is all elated to launch the BS6- compliant version of petrol of its upcoming model: Vitara Brezza Subcompact SUV and S-Cross crossover.

Shashank Srivastava, the Maruti Suzuki Executive Director in an interview recently revealed that the BS6 compliant models, Maruti Vitara Brezza and S-across petrol will be very soon going on a sale by the last quarter of the year 2020.

As per the reports, BS6 Maruti Vitara Brezza, S-Cross Petrol models will be seen coming up with a 1.5 L K15B engine what can produce a torque of 103.5bhp and 138Nm.

This particular gasoline unit will be seen benefitting with the Suzuki’s SHVS dual-battery which comes up with a system of mild hybrid.

The transmission choices for the engine will include a 5-speed and a 4-speed torque which will be converted to automatic.

Maruti Suzuki India has managed to sell a total of 3 lakh models of BS6 compliant cars which are available in the country.

It was around 7 months ago, that the first model of BS6 Maruti Suzuki was launched. By October 2019 the company had sold about 1 Lakh BS6 compliant passenger vehicles.

The company has recently claimed that its petrol BS6- compliant vehicles has produced close to 25% less Nitrogen Oxide (NOx). This model is also very capable to run of BS4 fuel as well.

Maruti Suzuki has been selling several BS6 petrol engine cars, however, currently, there is no Diesel engine car in its portfolio which meets the BS6 norms which are very stringent.

Hence, the company has planned that by April 2020 the automaker will discontinue all its models which are Diesel engined such as Ertiga or Ciaz.

As per the company officials, before the start of April in 2020, every car sold by the manufacturer will be a BS6 compliant.

It is a fact that the powered cars with a Diesel engine turn out to be very pricy as compared to the models with a petrol engine.

This is why the automaker is planning to discontinue all the models. However, the current buyers are always ready to spend for a big SUV as diesel cars no doubt are very economical to offer.