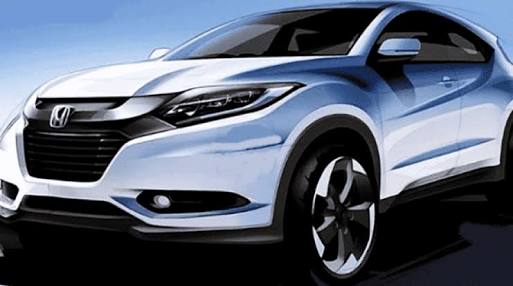 The new car by Honda is all set to make its debut next year. It was first launched in 2014, and it’s already six years old. The vehicle is all ready to receive new generation model styles and designs. Some of the reports suggest that the car is already under the advance stage of development. The Honda has claimed that the new vehicle is going to make its global debut in 2021 in the month of March.

The latest reports also suggest that All-New Honda HR-V is going to have a coupe profile and will be increased in size. It is highly expected that the car is also going to get new Hybrid technology. Talking about the dimensions of the car, it measures 1.59 in height, 4.4 meters in length, and 1.79 meters in width. The wheelbase of the vehicle is going to remain the same, which measure 2, 61 in meters.

Talking about the performance and the engine of the car, it is going to offer a 1.5L engine of petrol and with two electric motors. The initial movement made by the very first electric motor will be 80kmph, which is known as an engine of propulsion. Coming to the appearance of the car, it will grab the attention of plenty of people on the roads because of its designs and measurements.

The carmakers of Japan are also working on the new sub 4 meter SUVs. The model of the car is likely to lock horns against the Toyota Raize Compact SUV. It seems like the New Honda HR-V is going to dominate and conquer its competition by making a vast impact on the industry of automobile. Let’s wait and see what the New Honda HR-V is going to bring for its customers after its successful launch.