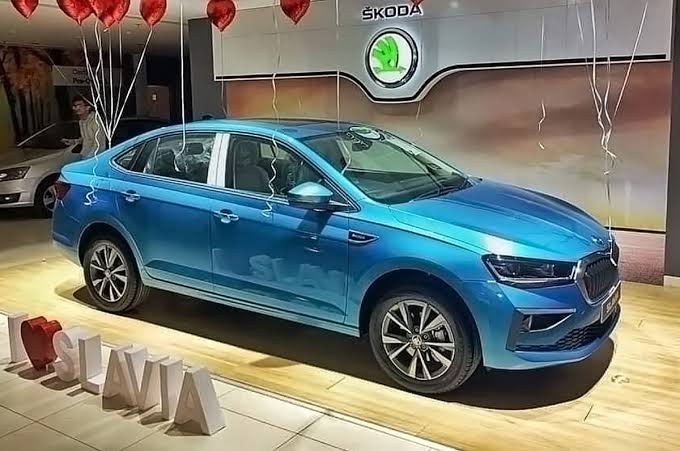 The Russia Ukraine war is raging fire in Europe and the Czech carmaker could be affected by the present conflict. However, all is well for the Indian operations of Skoda. The Skoda Kushaq is already enjoying a good ruin in the market.

Towards the end of February 2022, Skoda launched its all-new Slavia 1.0 TSI. What’s more exciting is that it was followed up by the sedan’s big brother, the Skoda Slavia 1.5 TSI, a more powerful version of the car. Available as three variants, Active, Ambition, and Style, the sedan is set to capture your attention on the road this year. Let’s have a detailed look at the cool features and performance of the all-new Skoda Slavia 1.5 TSI.

The Perfect Successor to Skoda Rapid

Skoda Slavia is set to replace the long running Rapid in Skoda’s sedan fleet. Designed as a cross between the Rapid and the Octavia models, Slavia has gained a cool, sleek look on its own. As you might remember, Rapid and its Volkswagen counterpart, Vento are some of the finest mid-size sedans the German automakers offered to the Indian roads. Slavia, which is significantly bigger than Rapid and has better features than it, is also expected to gain such a name for itself.

The Skoda Slavia features its signature butterfly grille with black vertical slats and a chrome surround finish. The projector headlamps are very suitable for the Indian taste along with L-shaped LED DRLs, fog lights and blacked-out B and C-pillars. The top variant comes with 16-inch dual-tone alloy wheels, while other options are available with the other variants. On the rear, it is adorned with wrap-around LED tail lights, a boot-lid mounted number plate holder, a bumper with reflectors and a separate chrome strip. All of them add up to give the Skoda Slavia a classy Sedan look.

As for the inside, all the variants are equipped with a touch screen infotainment system. The Basic variant, Active, will get a 7.0-inch screen while the top end model, Style, comes with a 10.0-inch screen.

In some spaces, the Slavia shares some features with Skoda Kushaq. The two-spoke steering wheel with mounted controls and knurled buttons, touch-based climate control panel and the infotainment system are all borrowed from Kushaq.

You can say that the Skoda Slavia is the well-equipped sedan till date.

On Road Price & Waiting Period of Skoda Slavia in India

The Skoda Slavia 1.5 TSI is the most powerful sedan in its range. It has an impressive 9.42 second record for 0 to 100Km/h, better than even Honda City, which takes 10.2 seconds. With more ground clearance than a regular sedan, Slavia is said to compete with some SUVs on this regard.

The DSG transmission gives a seamless driving experience in the cities, while the manual transmission will give more control while you go on a long drive, feeling the full power of the engine. If you want to take control of the car in your own hands anytime, the paddle shift that comes with the DSG-automatic gives you a smooth handling experience.

All-in-all, the Slavia is an impressive sedan launched by Skoda, after a long time. It has joined the ranks of Hyundai Verna and Honda City in the luxury SUV segment in India.