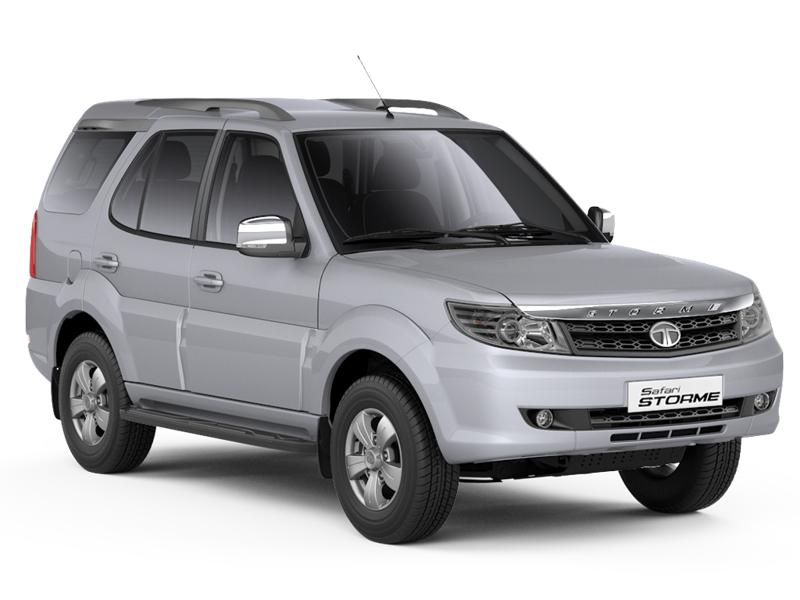 Do you know that the new Safari SUV is going to be rolled out on this Republic Day? Just a few days before the official revelation, we have been lucky enough to get a glimpse of the teaser picture of this lucrative SUV. The teaser has unveiled the front chrome grille, which features the signature Bi-Arrow design elements as well as a huge logo in the middle. Thus, it differs from the Tata Gravitas, as the latter features a black honeycomb grille. But, there is a stark similarity with the Gravitas as well. The Safari Grille features the split headlamp setup with a fog lamp and LED DRLs.

In the upcoming days, the production-ready Safari will also reveal other design details. There will be no changes in the stepped roof, larger side windows, longer rear overhang, taillamps as well as differently designed rear bumper. The taillamp clusters of the model will be connected by using a running black strip.

The SUV is going to be Tata’s second production model based on the Omega platform. The length and height of the car have been increased by 70mm and 80mm to make room for the third row of seats. The model will be a 7-seater car. It will come equipped with a 2.0 Kryotec diesel engine. The engine will be capable of producing 170bhp power and 350 Nm torque. There will be two options – 6-speed torque convertor automatic and 6-speed manual converter gearbox options. The 2021 Tata Safari will be released as a 2WD system in the initial phase.

The model will be locking horns with the Mahindra XUV500. It will also give a tough competition to the MG Hector Plus 6 or 7-seater SUV models. The ex-showroom price of the 7-seater SUV will be somewhere around Rs 15 lakh.