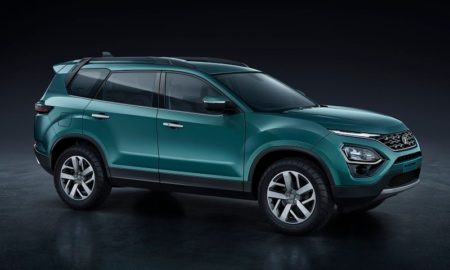 Tata Motors is all set to launch its new upcoming 7-seater SUV which will be known as ‘Gravitas’.

The upcoming model of Tata Motors will be rival to several models such as Mahindra XUV 500, Jeep Compass, Toyota Crysta etc.

Previously the model was called as ‘H7X’. Tata Gravitas was at first showcased in 2019 at the Geneva International Motor Show along with various other models such as Buzzard sport, Altroz, Altroz EV, H2X Concept etc.

As per the company officials of Tata Motors, its upcoming model Tata Gravitas will be launched in the home country by February 2020.

Tata Motors all-new model will be released by Tata Motors very soon. The car will be loaded with various features.

Tata has spent an explicit amount of time on this model because Tata Gravitas is Tata’s flagship model.

Many features of Harrier will be repeated like airbags (Six), modes of terrain response, an 8-inch touchscreen system of infotainment, semi-digital instrument cluster etc.

There are speculations that Tata Gravitas will have large alloys and will be equipped with a panoramic sunroof.

Tata Gravitas (Harrier 7-Seater) Price: The price of Tata’s upcoming model Tata Gravitas will range anything between 15 lakhs to 18 lakhs.

Tata Motors has very carefully crafted the engine of its upcoming model. Tata Gravitas will be seen powering with the same 2.0-litre engine of diesel which is of Harrier.

The engine when compared to Harrier will be offered in a much powerful state. The engine will have a capacity of torque worth 170 PS and 350Nm.

The dimensions of the upcoming mode Tata: Tata Gravitas are as follows:

3. Height: The height of the model is approximately 1786 mm.

4. Wheelbase: The length of the wheelbase is approximately 2741