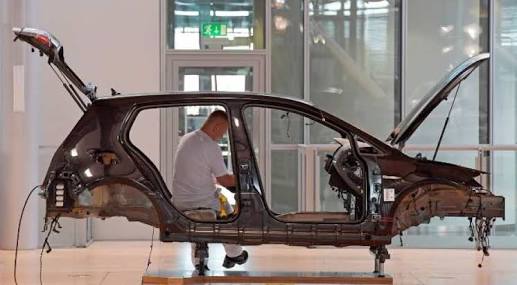 Asia’s largest motor show, AutoExpo2020 will be a splendid show, with almost 60 new launches and various international automakers making their debut at the event. Owing to the BS6 emission norms which will be implemented from April 1, 2020, this year will witness more upgradations and modified models of existing vehicles along with the new ones.

The stricter emission norms will be applied to all vehicles whether 2- wheelers or  4-wheelers. From 4-wheeler producers like Toyota, Hyundai,Mahindra, Kia  Motors, Honda, etc to 2-wheelers producers like the Royal Enfield, Bajaj, KTM, Yamaha, etc all are prepared to launch their upgraded BS6 compliant models in the Indian market.

The major cars which will be launched in 2020 include the Kia Carnival MPV, Renault Kiger, the Mahindra-Ford JV Mahindra XUV400, Kia Sonet, Tata Gravitas along with the upgraded or facelifted versions of the cars like the Honda City Sedan, Tata Nexon, Tata Tiago, Tata Tigor, Hyundai i10, Toyota Fortuner, etc. Also, new companies like the  Chinese automaker Havals, Great Wall Motors, MG Hector, etc will make a debut in the Indian market in 2020

The Electric Vehicles (EV)  Sector of the Auto industry too would be boosted with almost a dozen new EV launches from various major companies. The highlights would be the Tata Altroz EV, Tata Nexon EV, Kia Soul EV, Audi-e-Tron, Mahindra eKUV100, MG ZS EV, Jaguar I-Pace, Mahindra-Ford Aspire EV, Porche Taycon, Maruti Suzuki WagonR EV and Volvo XC40 Recharge. Also, 2 wheelers like Bajaj Chetak, Hero Electric NYX HS500 ER, Benling Aura, and many more Electric Bikes will hit the streets in 2020. The EV sector is bound to become more popular and face an increase in sales as the Government of India itself is promoting the EV sector and has approved the setting up of almost 2636 charging stations across the Country.

The enormous line up of vehicles that are to be launched this year surely indicates and brings up our hopes towards a resurgence in the Indian Auto sector.